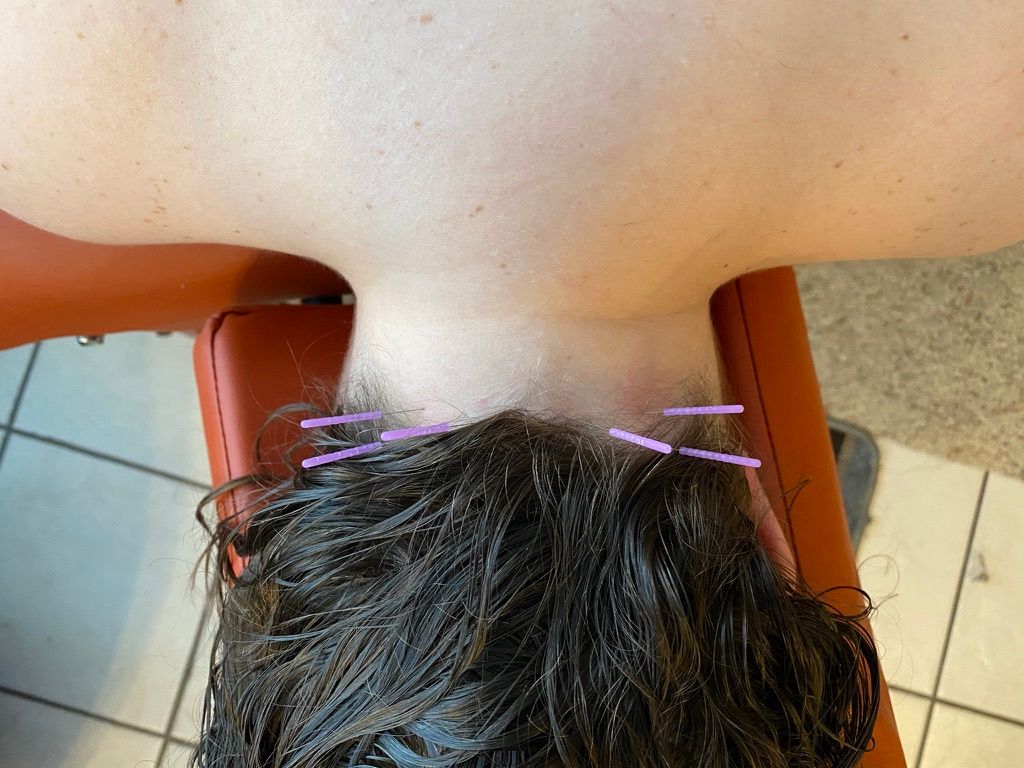 Dry Needling: How to work with a hesitant or hypersensitive patient

Many patients become hesitant as soon as they hear the word “needle.” I think this is a sign of high intelligence, but seriously, it must be some base instinctual form of self-preservation that manifests itself in multiple forms. For some, just the thought of a needle is enough to stimulate a vasovagal response. For others, it may take a certain number of needles in the body. This is an autonomic nervous system (ANS) response that stimulates heart rate depression and concomitant arteriovascular dilation. Bradycardia results from sudden stimulation of efferent vagal activity. Hypotension results from a sudden reduction of sympathetic activity along with arteriovascular dilation.

How to Approach DN without Discomfort

This reaction is exactly what we want to happen, just to a lesser degree as to avoid making the patient overly uncomfortable. To be able to stimulate this response on a consistent basis with thoughtfully placed needles is such an amazing and clinically powerful tool. The vast majority of patients who come into a PT, AT, DC, or MD office are in some sort of discomfort. Regardless of the specific reason, most people don’t go to the doctor without enough discomfort to be affecting their daily lives. Building off of that, most of these patients have elevated sympathetics and depressed parasympathetics. This is the typical human nervous system response to pain or discomfort. In chronic conditions, these abnormal CNS, ANS, and other nervous system dysfunctions invariably lead to widespread neurophysiologic and musculoskeletal pathology.

The most obvious example of this phenomenon to me is that even after a full day of being needled over and over again, many people in our classes are extremely sleepy. Like, eyes closing on their own sleepy. Now, you would not think this would be common since these people are being stuck with needles all day without time for their ANS to regulate in between sticks. Remember, the initial bodily response to being stuck with any sharp object is sympathetic elevation. As recent studies have shown using microneurography, it takes somewhere between 15-30 minutes for the ANS to stop fluctuating once the needles have been placed. Once the ANS stops fluctuating, the typical and desired end result is significant sympathetic depression with concomitant parasympathetic elevation. However, if you are being poked with needles all day long, this process is not allowed to fully take place. You would think that the sympathetics would just keep elevating, probably annoying people more than making them tired.

OK, so all of that information is necessary to understand in order to effectively introduce needles to patients experiencing hypersensitivity, allodynia, and central sensitization of the central nervous system. For these patients, it is often difficult to tolerate more than a handful of needles, especially if they have never been needled before. I was just like this when I first started getting needled. I have always been extremely sensitive to my own body and even things like E-stim patches were difficult to tolerate. When I first started getting needled, I would leave pools of sweat on the table after just a few needles. I have a lot of tattoos, and getting those has never bothered me. Needles, in general, do not bother me unless I was getting a massive needle injected into my shoulder joint during my hockey playing days or something to that extent. That does bother me. But after just a few needles into the calf or something similar, I would be well on my way into vasovagal-land.

The first time I was needled was not in the hands of someone who knew what they were doing. We learned how to needle while I was in school, and my buddy certainly had no idea what he was doing. None of us did; we were just learning. What I am trying to get at is I really did not like getting needled at first. In no way, shape or form. I would squirm all over the place! Ha, ha.

If my current self had been treating myself when I first started getting needled, I would have enjoyed the initial process a lot more. There are numerous ways to introduce needling to the hypersensitive patients’ body, and the goal of them all is to slowly allow the body to accustom itself to the needles and to allow for a gradual change of the SANS. Remember, rapid SANS depression in hypersensitive patients oftentimes leads to a vasovagal response. In these circumstances, I target the nervous system, not the musculoskeletal system, at least until the patient is able to tolerate typical musculoskeletal treatment, targeting the most pathologic tissues. However, I always intentionally target the nervous system when I needle. For me, It makes treatment much more effective.

Instead of targeting the most pathologic tissues right off the bat, I target the most normal tissue I can find in two specific areas: The suboccipital and C2 periosteum and the periosteum between S2-S4. I won’t get into the specifics of those locations here, so check out my blogs on the ANS to get a more in-depth view of the physiology. Just remember that those are the two safest and most accessible areas to access the parasympathetic portion of the ANS (PANS) by targeting the cranial nerves and sacral plexus. We know that needling in these areas also has a dramatically positive effect on various brain centers from increased blood perfusion to decreased electrical activity in electrically overactive areas.

Posterior Tibial Nerve Stimulation (PTNS) is an excellent example of how DN indirectly affects the brain. People with urinary incontinence typically have excessive electrical activity in a few brain areas, including the Pontine Micturition Center (PMC). By placing two needles and adding 20 Hz stim close to the distal tibial nerve into the arch of the foot and proximal to the medial malleolus, we are able to indirectly affect the PMC and other brain centers associated with micturition, via the sacral plexus, by way of the tibial nerve. It seems like black magic witchcraft! I like magic, so I am good with that explanation.

OK, back to the suboccipital and C2, along with the sacral periosteum. For my first few treatments of hypersensitive patients, depending on tolerance, I may insert 2-4 needles in each location and connect them to run the current parallel to the spine. If you choose soft pieces of tissue to pass the needles through, these two locations are typically extremely comfortable for patients. This is an incredibly relaxing treatment, both physically and mentally, and it is the most powerful way I know of to bring the CNS and ANS towards homeostasis. 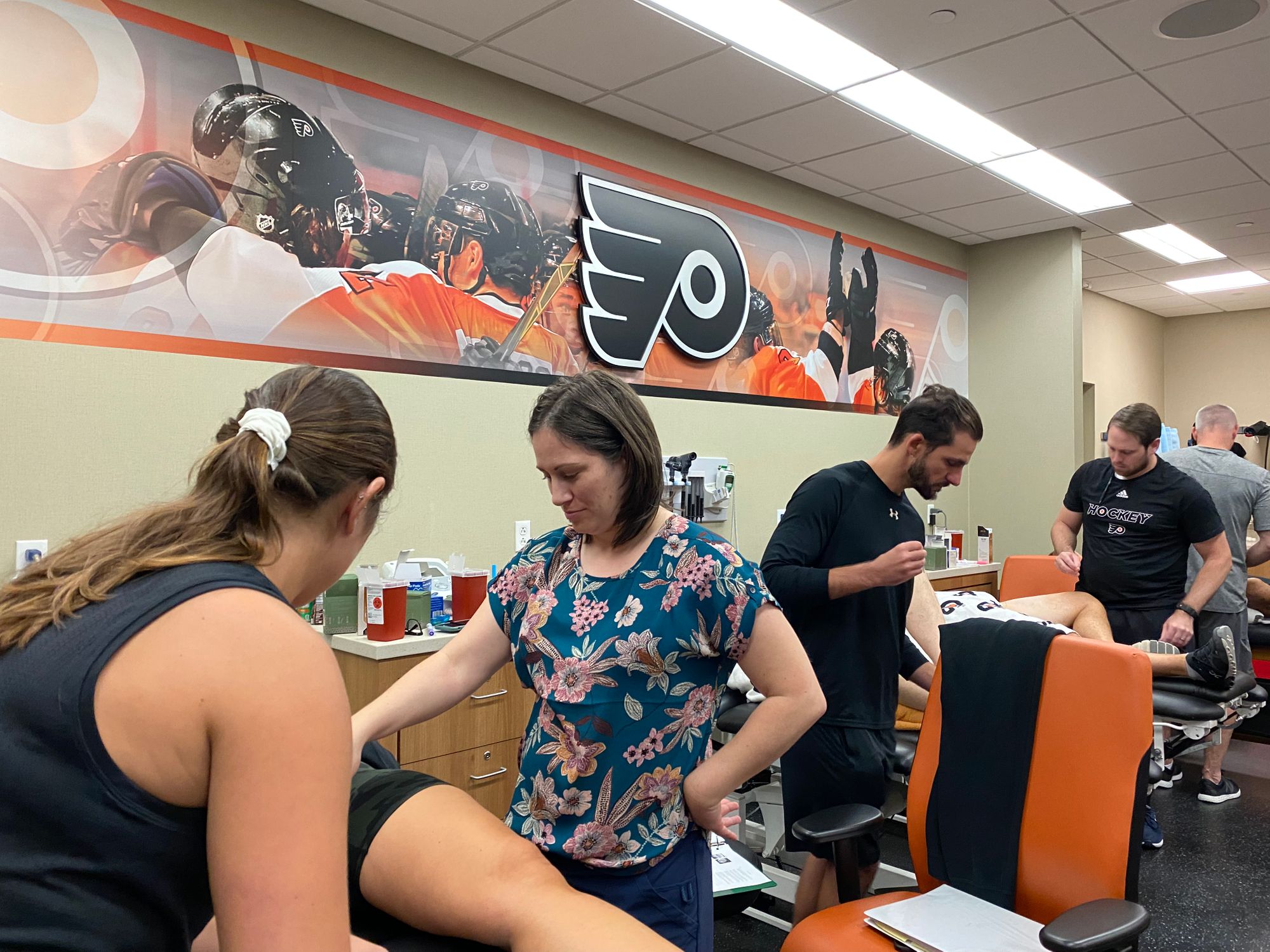 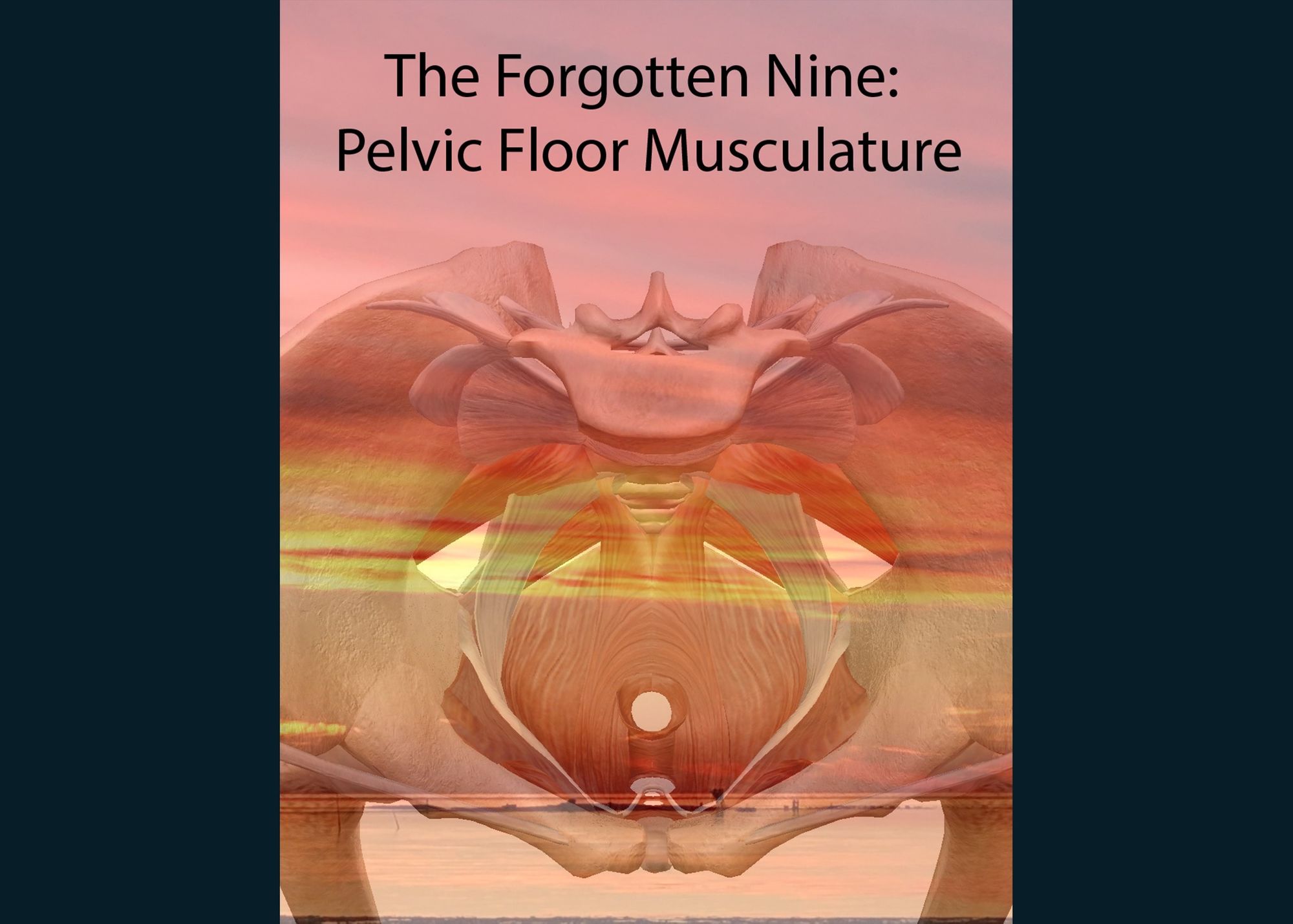 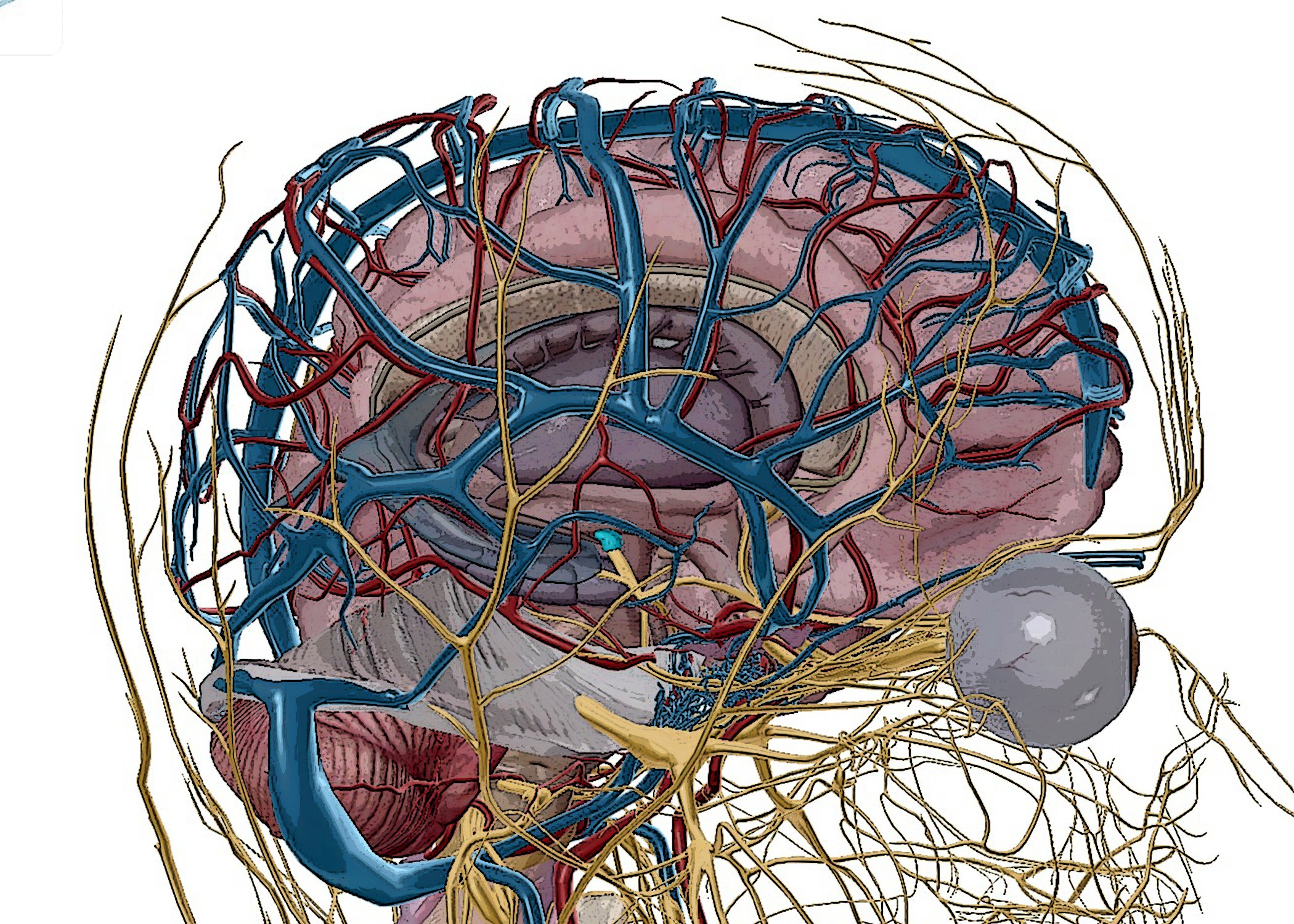